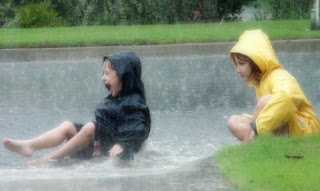 I remember standing in my kitchen, some 15 yrs ago, staring out the window and saying out loud to no one in particular, “ there’s got to be a better way.” I had recently walked away from my career and much to my own surprise, had made the choice to stay home with my children. My decision wasn’t based on the notion that staying home was the more noble choice, but rather, on my own inability to balance both a career and motherhood with any semblance of grace or sanity. I thought that simply by staying home, motherhood would somehow be easier.

But in those early years of learning to be a parent, I found myself approaching my days at home in the same way that I had at my work..as a series of tasks to be completed so that I could enjoy a reward at some later point in time…a quiet hour, time to myself, maybe a nap. These are all good things, actually, some of the best things, but I knew that I was missing something important.

I once read that ‘living with your children is like living with a Zen master.” This has been a truth for me, or at least the way that I chose to experience the privilege that is motherhood. Standing in my kitchen all those years ago, I realized that being a parent wasn’t just about giving and taking care of but it was also about receiving and being tended to. Somehow, in the midst of the hard daily work of raising children, I began to take in all that they were offering me.

I learned to sit on a curbside for hours with my two year old son, and feel contentment just by counting the different types of trucks that passed by. I learned to see beauty in unexpected places, even in the rock house that my daughter constructed out of a shoebox, complete with cardboard furnishings and nametags for each member of her rock family. I got to experience the joy of feeling weightless in space as I joined them on our trampoline and I remembered how to feel delight as I watched them play in the puddles of a pouring rain. I learned to stay in the moment where children naturally live.

It felt like someone had given me a present wrapped up in shiny paper and a large bow and said, “Here, open this, it will remind you of what you have forgotten and give you what you seek.” And it did. My children showed me the better way and reminded me that the rewards are right there in the moment itself. 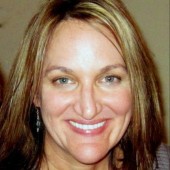