My first exposure to religion was Christianity; in fact, until I was about 19 years of age, I presumed Christianity was the only religion.

When and where I was growing up, my youth was spent in a hotbed of churchgoers, and I suppose, White Supremacists–even though I didn’t know a term like that. In my first year of art school in Cleveland, Ohio, I was introduced to many people whose names sounded just a bit different than the names I had known from the Greenbrier Valley. Names like Koslowski, Voinovich, Khameddi (how the hell do you pronounce a name that starts with KH?), Scaldaferri, and Goldfarb took the place of where Wilson, Brown, Jones, and Parks once were. And since when did words like Mine, Yes, and Why went from being polysyllabic to one syllable?  As Mother would say, and I never quite knew what she meant, “You will find that dipthongs make a person more charming”.

In my little 13-block town, the only “exotics” were the Catholics/Italians. We didn’t have many Catholics/Italians, but it came as  a combo. “Never date a person whose name ends in a vowel.” I had no idea what that meant either. (What I have dated since that lesson, a last name ending in a vowel would be a welcome change). For the first time I was a minority. Cleveland was settled by Eastern Europeans, whose first names were as long as their last. Mohammed Khameddi, Vittorio Scaldaferri, and Mordecai Goldfarb were not like Bob Brown or Bill Jones. 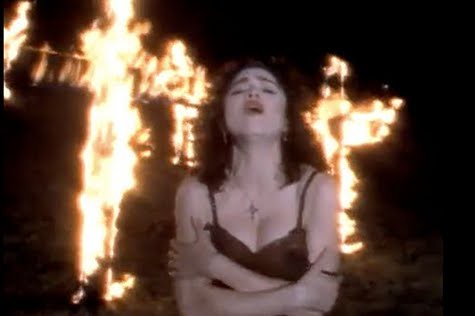 I quickly learned the rest of the story. Not only did people have religious differences, but they were willing to kill one another to prove themselves right. But could God be on both their sides? (I guess we’ll find out when our time comes to pass over, wherever ‘over’ is.)

This Friday’s The Colin Lively Show will have a fallen Catholic (who would like to see the church fall, literally). Also we’ll have a Jesus Christ loyalist. And I the Host, not fish food passing for the body of Christ, I will do my best to remain neutral. One thing the Planet Earth doesn’t need is another religious war. www.nanettevictoria.com  and John Deegan, who posts on the Shunned Molested Catholics facebook page.

I pray to God that I won’t take sides, but just in case HereWomenTalk catches fire, I am saying upfront, I take no responsibility. Simply an accident.