My 8 year old son stood in front of the living-room mirror. “I don’t like my face.”

The mirror was a dusty one, and with the sun cast diagonally across it, we were a mirage. “I love your face.”

Second grade has been one of great sensitivities, and I asked, “Did someone in school say something to you?”

He grimaced at himself. “They don’t have to for me to know it.”

The truth is that he is beautiful. Delicate features, the biggest, deepest sunlit-ocean-blue eyes. He is truly my beautiful boy, which I do tell him, at night when we cuddle after reading in bed, when he can be open to that adoration and comfort.

Though standing in front of that mirror, my voice full of subjective love wasn’t what he needed to hear.

He needed the objective. So I asked,  “Well, what kind of face would you like?”

He turned this way and that, lifting his chin to drop it, looked at himself out of the corner of his eyes as if watching someone else. Then he turned and addressed his reflection point blank:  “Not this one.”

It was not the first time we’d stood together in front of that mirror. When he was an infant and I’d been up nights nursing him, my son’s self-awareness had been a delight; he’d stare at himself, at us, as hypnotized as when he’d watch our beta fish swim circles. The first time he’d realized it was actually himself he was looking at in the mirror, he had given us both a big gummy toothless grin.

Of course that infant self-awareness, and later the toddler and preschool one, when he’d make faces at himself or try to touch his nose in the mirror, were quite different from this new self-consciousness – This was an awareness of self that I wasn’t prepared for. I saw reflected in the mirror his loneliness he would tell me about, out on the school playground, when the other boys would be tossing a football and he would be jealous of a girl who everyday at recess, could play with her stuffed monkey unabashedly.

It is not that Ryan isn’t into the boys things, casting wizardly spells or training his invisible dragon, if not slaying the bigger meat-eating ones; and sword fights, or the latest boy craze of Beyblades, Pokemon and Nintendo Skylanders. But he’s also not into sports – more into stuffed animals, a menagerie of giraffes, cats, dinosaurs and rabbits he arranges on his bed.  As he once delighted in his own reflection, he can delight in the sentimental, his displayed bottle of pure Vermont Syrup his God Father sent him that is too “special” to open; of unwrapping Christmas ornaments every year, clustering them together on one weighted-down branch, so that they could all “be friends.”

And he can be into the “cute.” Recently, I came across my old childhood curio cabinet. I’d forgotten what was actually displayed on the little shelves, and Ryan and I sat together going through the tiny things: a ladybug holding an umbrella, a paper angel, things I didn’t remember and others I did, the ceramic cat drinking spilt ceramic milk.

Ryan set up the little cat with the spilt milk in his palm. “Oh, it’s so cute!”

When I told him he could have it, he tried to hide his delight.

But he couldn’t suppress a smile. “Really?”

He was as delighted as at Christmas when I took him and his brother to pick out their yearly ornaments, and Ryan chose a stuffed Christmas bear. But he was also embarrassed, so he concealed it in his coat. It is this embarrassment that I’ve tried to address reassuringly, but which only can make him pull himself more deeply into it; he’d slunk down in the backseat of the car, surreptitiously taking the bear out to play with it, on his lap.

Watching him in my rearview mirror, I had hurt for him. As I did when he had come home one day crestfallen, to announce that the girl he’d had a crush on since kindergarten “likes” this other boy in class more – the same boy who one day told Ryan, “You think you’re cool, but you’re not.”

And I hurt for him as we stood there staring at our mirage. I longed for the right words. It had been so much easier when he was that infant, when I’d pace back and forth in front of that same living-room mirror, and comforting words could be little more than half remembered lullabies.

I had told him he was beautiful then too. The only other thing I could think of to say instead, was that this too shall pass. The kind of advice that however true, can ring hollow in the moment.

So I said what I swore I wouldn’t, in broad daylight, into the mirror, into our reflection: “You’re a beautiful, beautiful boy.” It was at once both subjective and objective, and I knew not enough to mute the hurt. All the same, he did linger, as I held his face in my hands, forcing him to see himself as I did. Before he was pulling away. 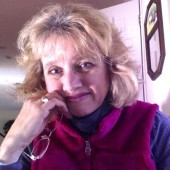