Carlos was married to my mother and is the father of my half sister. He lives in Madrid and has a place in Caleta de Velez on the coast. We met him in the seaside town of Torre del Mar Spain. Like most beach towns, this one is situated right on a sandy stretch of beach and contains all the trappings of a seaside area you would expect–restaurants, shops and the lovely Chiringuitos which are open air restaurants on the beach specializing in seafood. We had a wonderful lunch as you can see in the photo which consisted of my favorite dish, gambas al pil pil, or shrimp in boiling oil with hot peppers. You can see there are two of these in the metal dishes on the table. Lovely, fresh shrimp cooked in olive oil with a little sprinkle of dried hot peppers. The crusty bread is for dipping into the oil and eating with the shrimp. We also had boiled shrimp with the heads on, a wonderful white fish lightly grilled and, boquerones fritos,which are battered and fried fresh sardines. You can also get boquerones cooked lightly without frying which we ate along with some wonderful fried baby squid. It was a feast! I ate until I couldn’t possibly take another bite. The day was beautiful and sunny, of course which it always is on the Costa del Sol and as we ate we gazed out at the beach and lovely blue Mediterranean Sea.

I hadn’t seen Carlos in many years as he had moved back to Spain and it was great catching up with him again. He had been suffering some health problems in the past few years but appeared to be on the mend, which my sister would be happy to hear as she had asked me to check on him while we were visiting the area. Fishing boats at the dock After lunch, we drove Carlos back to his place where we had a nice visit and some coffee. We then decided to take a walk around the area where he lives. We visited a marina there to inquire about marina services with a thought to bringing our boat to Spain in a year or so. We found out that slips in marinas along the coast of Spain are much sought after and there is a 7 year waiting list for a slip! Yikes! The Med is apparently very popular with boaters.

Carlos then took us to see the commercial fishing operation in this area. Each day the fishing boats come into the port there and sell their catch to the wholesale trade. Fishermen on the boats sort the fish by type and size into large plastic buckets and carry the buckets into the warehouse. Once inside, the fish are weighed and batched for sale. The fish are placed into plastic or Styrofoam boxes for sale. Each box has a note on it as to what the fish is, the weight of the box and which boat it came from. Lots are displayed on a large screen in the salesroom and the buyers all have handheld devices which allow them to bid on the lots of fish. Once bidding has closed the buyers pay for the fish they have purchased and have the lots loaded onto their trucks for delivery to shops and restaurants around the area. A very interesting system! We marvelled at the different type of fish we saw, some of which we recognized (shrimp, squid, anchovies) and some of which we had no idea what they were. Standing there watching the fish being sold really showed us how fresh the seafood was in the area. Much of what was purchased that day would become dinner that evening. This sale takes place every day except Sundays so the fish are always very fresh.

We finished up the day having a drink at a local cafe while Carlos showed us maps he had gotten of the area and made recommendations on places to visit. We thanked him and made our way back to the villa just as it was getting dark and I even managed to drive back without getting lost! 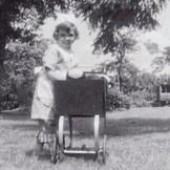 Travel writer and photographer. Mother, grandmother, daughter, aunt, sister and friend to many.