Sometimes it is hard to constantly find yourself keeping focused when life happens. I could not believe what happened last week and almost let it freak me out. I learned an important lesson and thought I would share it with you!

Feeling the stress of the upcoming Holidays is almost expected in today’s society. We are trying to do more, volunteer more, take on more and all without any additional time to get it done! And then, life throws a curve ball.

My cell phone quit working. I’m talking just died, for no apparent reason! Before you ask…it was a Samsung Galaxy 4 and it was only 4 months old. And, the next question that I need to answer…no, my battery was not dead. I still had at least half a charge and I had just spent 45 minutes talking to a new client on the phone. I literally, set it down on my passenger seat and it quit working.

At the time, I found keeping focused when life happens difficult. I was on my way to a meeting with other Professional Organizers and traveling 50+ miles to get there. This was my first time to attend their meeting and, I wanted to make a good impression and did not want to be stressed out. So, I took a deep breath and (of course), pulled out my Essential Oils.

Keeping focused on finding the location was difficult. When my phone died, so did my GPS. It was dark and I had no idea where I was. I couldn’t see the street numbers and had never been to that part of Richmond, VA before. Yikes!

Well, eventually (after what seemed like forever), I found the meeting and was only 5 minutes late (in my mind). Actually, I was 10 minutes early because they allowed 15 minutes for networking prior to the meeting! Yea…me. I had enough time to go to the restroom and gather myself together.

Keeping Focused When Life Happens wasn’t easy. I really just wanted to get my phone up and running. However, I had driven for well over an hour to get to this meeting. I needed to make sure that I concentrated on what was needed…gathering information about the topic of the evening. So, I found an outlet, plugged in my phone, turned down the volume and ignored it for 90 minutes.

After the meeting, I was hopeful that it would be working again and…unfortunately, it wasn’t. UGH…So, I started thinking methodically. I asked one of the other Organizers where the nearest Verizon store was located. My luck, it was right around the corner. I was confident that they would be open for another hour and I would be able to get my phone working again. Wrong!

I pulled up to the store 5 minutes too late. They closed at 8:00, not 9:00. Again…ugh! Now what? So, again, thinking it out I knew that there had to a big box store like Target or WalMart not too far away. Just about a mile away I ran into a Target. Yes! I’ll get a car charger and that will somehow work. (I had to give it a try) – and I needed bananas for my little girls lunch the next day.

I bought the charger, plugged it in and again…nothing (triple ugh!) So, I decided that it would all be ok. I actually said those words out loud. “Nothing would happen that would require me to be on the phone until I get home. I need to get going”.

The next day, as soon as possible I walked into the Verizon store and neither of my two favorite associates were working. (This is not looking good). So, I allowed someone else to help me. (What choice did I have?) Well, then I heard those dreaded words…”we’ve never had this happen before, ever!” I was told that my phone would not charge. I really wanted to say – duh! So, what is the next step. Let’s think this thing through.

Of course, this meant ordering a new phone. I didn’t have a problem with this, except that I would be without my phone for at least another day (or longer). This was not acceptable to me. As I stood there with a look that showed how upset I was, I didn’t say a word. I decided that there had to be another option. Then it came to me.

I had not turned in my old cell phone. Couldn’t it be reactivated until my new phone came in? Of course!! That was the answer. Just by pushing *228 and option 1, I had a phone again in just 2 short minutes. Lesson – keep your old cell phones!

The morale of the story, Keeping focused when life happens is relieves stress. There is always an alternative option available. Focus and clarity is the only way to stay sane because life will throw you a curve ball.

Have you ever had something like this happen to you? Tell me about it! I’m a great listener! 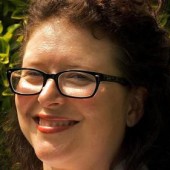 I am a Professional Organizer and the owner of Organization Direct. I assist Entrepreneurs, Business Owners and Home Owners conquer their clutter by developing personalized systems that meet their needs and allow for improved lifestyles, mindsets and personal achievement. .. How to Organize A Home Office Organizing and Merging Families-5 Steps To Ease The Transition