Ladies and gentlemen, this could happen to you.   My recent morning adventure may save you some time and money.  Warning lights do not always work!

Three days ago, Monday morning, I found myself in a situation I would like to share in the event any of you should ever have a similar experience with your vehicle not working properly.

I was leaving one location and about to head to my next destination.  I got in my vehicle, started the engine and placed the gear selector in R (reverse).  The vehicle wouldn’t move.  I then placed the gear selector in D (drive).  Still, no movement.  I’m already thinking, “Crap, I’m going to be late for work.”  Man, was I late!  My first thought was, its the transmission and it’s just stuck in park and something’s obviously not communicating with something else!

I sat there and decided to call the office from my cell phone to tell them I would be late or not make it in at all.  I decided to try to one more time before calling someone for help.  Still no movement.  Unbeknownst to me, the right rear wheel was turning but none of the other wheels were moving.  So the more I tried to move the car in any direction, the more the right rear area was going down in the ground.  The vehicle was truly stuck at this point.  Even if the wheels did begin to move,  I was going to need a wrecker to boost me out.  I was parked in a gravel driveway. I phoned someone for help who suggested I call a particular garage to assist me.  They weren’t able to come due to all employees being off-site except one at that time and said they’d call back.  The garage never called back but someone else I called did come and offer to pull me out with a tow rope.  We hooked up everything where it needed to be and tried to free the vehicle.   Still no movement on the first try.  On the second try, I thought the rear axle was going to pop loose.  We succeeded in moving it 6 feet but it just slid across the gravel.  The wheels were locked. The guy helping said it’s got to be something related to the brakes at which point a light bulb went off.

I pulled out the owner’s manual to check the fuse location for the Anti-lock Braking System (ABS). The fuses were okay in the fuse box.  The next area to check would be the fuse block box located under the hood. No fuses were blown there so that left the ABS relay located in the same area. In the meantime, my friend called another guy to come help.  I didn’t have a ABS relay handy so off I went in my friend’s vehicle to the nearest parts store to buy a new ABS relay.  I call this POE (process of elimination).  I use it often when figuring out mechanical issues.

When I returned, I now had two guys trying to unlock the wheels by boosting it out which clearly wasn’t working.  And they seemed to have forgotten I had just removed the most important part (relay) that allows the braking system to work.  Before they could do any damage I parked, jumped out and ran to put the new relay in place.   Within minutes I had installed the new relay, turned the ignition switch and could immediately tell a difference.  I placed the gearshift lever in reverse and the wheels began moving!  I was exhausted with frozen hands and feet, but I was one happy person! (I left out the part about digging out gravel around the tire.)

So if you should ever have a similar car problem, without warning, check the fuses and replace the relay module first.

This small $15-$25 part can save you time and money before you call for a tow and pay a mechanic to figure out the problem for you.  I should add here that most vehicles have a ABS warning light in the dash area.  If this car has one I never saw it flashing.  I see another POE adventure coming up this weekend! 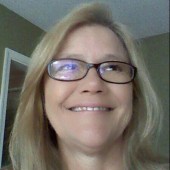