A Call to War – A Reason For Denial The Republican backed Israeli Prime Minister (Prime Idiot) Netanyahu comes out just before the elections and says that the USA must do more than just impose sanctions on Iran. That not going to war with Iran would be worse than letting them build nuclear weapons. Due to recent computer virus intrusions by the United States and its European allies into the Iranian nuclear computer programming, the confirmed deaths and defections of nuclear scientists, Iran’s ability to create nuclear weapon technology has been rendered useless for many years if not decades to come. Giving the sanctions against Iran time to diminish the influence of it’s government over the good people of Iran. Netanyahu says this is not a political ploy to get Romney elected. If you honestly believe that…well….kiss Romney’s ass and call yourself stupid. If we allow ourselves not to believe this, then there is only one other reason. Religious indifference and intolerance.

It has already been stated by the Republican leadership that they wish to go to war with Iran and Syria. The Republican leaders and their big money backers have no more intention then to create more wealth for themselves and the corporations that manufacture military hardware for enforcement of their beliefs in a “New World Order”on those that do not wish to participate in those beliefs. Have the citizens of United States not had enough of war and the deaths of thousands of American solders.The wounding of over 100 thousand more? The rich care nothing about this country or it’s citizens. They care only about bragging how much money they have accumulated and how much more they will accumulate should we continue this mindless attempt to control others through violent military means.

The Jewish ideology that the gentiles must submit to their demands, which is based entirely on religious beliefs. Beliefs that can not be proven by any other means then by saying that the limited writings, of long dead men, where inspirations from their mythical god. The obsession of supporting Israel is due largely to the brainwashing of humanity with, “We are the chosen people of our mythological god and this is the promised land”…..BULL SHIT!

I am fed up with sitting back and keeping silent because some people may say I am being anti-Semitic. I have no problem with how, where, when, what or why the Jewish people believe as they do. What I have a problem with, is the incessant belief they have, that the people of the United States have an obligation to protect the people of Israel. They chose to invade Palestine after WWII. They chose to put themselves in harms way. They chose to force the Arab world to except these actions. I do agree that the Jewish people deserve a country. I do not, however, agree that any other nation on earth should be held accountable for the protection for these actions.

Yes there are religious books, written by people, which we we have no historical support other than what they wrote. Books, we are to believe, that where written by people who had some special connection with their mythical “god”. Books and writings, that when analyzed, indicate the desire to control man through the fear of the unknown in their time. Threats of a violent end, an after death horrific existence, in some “mythical” after life. Intimidation through acts of violence toward, or the ostracizing of, those that do not follow their insane beliefs.

We are now seeing an increase in this same religious ideology to control and manipulate, not only our daily life and the personal choices we make, but also in our elections and ultimately in our government. They are trying to rewrite our nations Constitution with religious ideologies. Going against the core belief our fore fathers had, the incite to include wording, that prohibits the making of any law respecting an establishment of religion. Not an establishment of just a defined religious belief, but also the inclusion in are laws, any law based on these religious beliefs.

Attempt to impose your religious beliefs into our government and it’s politics, I will fight you just as adamantly to keep it out. 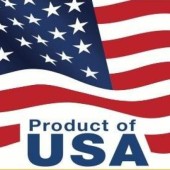