Women are collectively, individually and across the world waking up to their own spiritual power. They may come from all walks of life, from many spiritual and professional paths but they share the common desire to express their inner world, their soul’s purpose and most of all, to serve their communities.

Many modern women, if not all women called to be guides for healing, empowerment, leadership and personal development have a strong PRIESTESS archetype.

They are connecting to a force and power within and not to a power vested only through marriage, by culture, academia or traditional institutions.

Women are listening to their inner voice, to their inner desire more than ever before. Women today are courageously taking what has often been: the road less traveled. They are seeking answers within and with supportive sisterhoods.

What is a priestess, many ask?

Priestesses may have existed from the beginning of time. The priestesses in ancient communities around the world carefully observed the rhythms and patterns of Nature.

Attuned to earth’s cycles, they honored the Great Mother by performing sacred rituals for each season.

Women, seen as an embodiment of the Great Mother, were deeply revered, honored and celebrated. Like the earth and nature, a woman was able to create life within her.

Later in history, Roman, Greek, and Egyptian priestesses lived, trained and served together in holy temples. They served the Great Mother, the Goddess in Her many forms. They served the spiritual needs of the community as well and were also held in highly regarded and respected.

As the sword triumphed over the chalice (symbol of the womb), warring tribes began to conquer lands and their peoples. They also conquered their connection to nature and destroyed their religious/spiritual beliefs.

The invaders began to fear the power of priestesses. Religions rose that forbade women the power to guide sacred rites.

The natural spiritual and mystical practices of priestesses were recast as evil. Their power, deeply misunderstood, was thought to be a dark, poisonous force that needed to be eradicated. The fear of the unknown, the dark and of sexuality, included a domination of women’s expression of wisdom, sensuality, spirit and intuition.

Thousands of priestesses were persecuted, tortured and murdered for their beliefs and spiritual practices. Those managing to escape death fled their holy temples, went into hiding or joined the religion of their culture.

The priestess has never gone away. She lives brightly in our inner landscape.

An archetype is a pattern or prototype in psychology. In Jungian psychology, archetypes refer to a collectively inherited unconscious concept, pattern of thought, image, etc., universally present in individual psyches.

The Priestess archetype is perhaps the least known and most misunderstood, especially in the present patriarchal culture, which has rejected women‘s spirituality and individual spiritual expression throughout history.

The Priestess archetype is the inner domain of intuitive awareness and deep insight. It is the portal to secret or “occult” (that which is hidden) knowledge of the invisible realms.

The Priestess has a magical connection to the unknown and a guide of souls. A trans-connector, she facilitates between the material and the spiritual. She is the mediator of the psyche.

The Priestess invokes, transmutes and guides energies between unconscious and conscious awareness which can impact our material and spiritual existence.

Toni Wolff, Carl Jung’s patient, student and colleague (one of the most respected Jungian analysts of her time) refers to this aspect as the Medial Woman.

The medial woman is naturally in tune with her environment and with her intuitive abilities. This is an aspect that has been mostly ignored as the Mother, Hetaira (companion & lover) and Amazon have been idealized in our culture.

If you have often felt like you stand between the inner and outer worlds of the conscious and unconscious…perhaps you are an unaware Priestess.

What this means is that you’ve always been called to see beyond what the eye can see. You’ve intuitively known things before they have occurred.

Often you have healed and supported men/women energetically through your love and sensual/sexual healing.
You’ve been someone others look to for guidance and you’ve weathered intense tests of faith, health and love.
You may have been rejected as “too much” or overlooked as “not enough.” Your light has been often sought after and at other times been smothered and shut down due to fear, jealousy and negativity. This energy pattern that resides within you is calling for healing at this time.
For hundreds of years, the PRIESTESS has been in the shadows.

She has been desired for her secret knowledge and chastised for the unknown. The secrets of the void of creation have often invoked terror in cultures around the world.

She has guided and inspired Kings, artists, craftsmen, warriors and noble men.

She has been refuted as WITCH, PROSTITUTE, SORCERESS, HAG, SLUT, WHORE, CRONE and even BITCH.

Many women I know who carry this archetype have woken up to the deep call of bringing forth Soul Work.

They are often burdened with fears of being seen, being outspoken, going public, of being vulnerable in love, having children, of creating poetry, works of art, of loving whoever they want freely.

Perhaps they have struggled with achieving a deep, long lasting connection in relationship. Struggled with financial success and even sabotaged themselves from at giving attention to their artistic talents. At other times, she has hidden her true vocation and desires under the responsibilities of marriage, children, career or addictions.

This transformative pattern of great power has lain dormant and has woken up. Women are rising and expanding.

When a woman is not aware that this archetype is strongly living within her, she keeps thinking she can push, muscle or “think” her way out of it.

You may have aligned with the traditional beliefs in “martyrdom, sacrifice and self-denial.” You may have been taught to be everything to everyone…but yourself. You may have allowed the waters to overflow and have undefined boundaries and lack of self-love.

Both extremes do not allow you full access to who you are and what you bring to the world.

It is only by growing in awareness and incarnating that beautiful energy into a world that you can step into WHO YOU ARE.

This world needs this aspect as it needs its own air, water, fire and earth…for this aspect INCARNATES the SPIRIT into the world.

This incarnates and invites SOPHIA, sacred wisdom into the mundane world.

A woman who owns her connection to the sacred AND the mundane is an EMBODIMENT of the Divine Feminine.

Women own your inner WISDOM.

Call on your elements of power and RISE.

As we do so we engage the STRENGTH, LOVE and SUPPORT of our brothers who are evolving and reclaiming their essence as MAGICIAN, PRIEST, WARRIOR, POET, MYSTIC and LOVER.

As we OWN our power freely we can experience our genius in the world and our truest faith and love are manifest.

I believe the promise was made long ago. I have felt the echoes of it’s manifestation in my soul and in the everyday world I live and breathe in.

I believe that it is our time to learn to become love-based rather than fear-based. It is time to be mermaids, go deep and return with the treasures that ONLY your Soul can offer you.

Be BRAVE. Listen to the CALL. Your Soul is waiting…

RISE Priestess. The world is in need of healing and you are the midwives of transformation and sacred community. 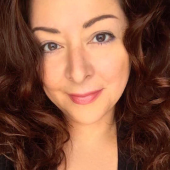 Vanessa Codorniu, CHt, RM , This Urban Priestess guides change-makers to the deep wisdom of their intuition so they can tap into their internal power and create the lives they were born to live. Called a "full service healer,” she connects to the underlying soul causes for challenges through her game-changing strategic intuitive sessions and then supports change through transformative hypnotherapy. Teaching hundreds of clients to awaken and develop their intuitive skills she can be reached at http://www.UrbanPriestessMastery.com