The Power of Addiction … Just One Look! Ted Bundy, sex serial killer, in his final interview with Dr Dobson said, “Those of us who are so much influenced by violence in the media, in particular pornographic violence, are not some kind of inherent monsters. We are your sons, and we are your husbands, and we grew up in regular families.”

The example of Ted Bundy tells how just one look cost him his life and the lives of many of his victims:

“My experience with pornography … is once you become addicted to it, (and I look at this as a kind of addiction like other kinds of addiction), I would keep looking for more potent, more explicit, more graphic kinds of material. Like an addiction, you keep craving something that is harder, something which gives you a greater sense of excitement. Until you reach a point where the pornography only goes so far, you reach that jumping off point where you begin to wonder if maybe actually doing it would give you that which is beyond just reading or looking at it.” Ted Bundy’s interview with Dr. Dobson, California psychologist and radio evangelist.

Ask any addict about any addiction, they will tell you that you will need more and more of the chosen substance to get close to the original dopamine high.

Soft pornography is the “bait” used to lure an unsuspecting victim to just take  one look at a vulnerable moment. The Pornographers know that, and have utilised the internet to bait you from the privacy of your own home.

Depending on what you are experiencing in life, at that given moment when a ‘lure’ comes ‘accidently’ across your path, will determine whether you will take the bait or not. Curiosity may entice you to have ‘one look’ whilst your defences are down.  No one will know whether you do or don’t, but the ‘feel good chemical’ (dopamine) will drive you back for more and more.

The child sex predators, suppliers of pornography and scavengers within the sex industry, are dependent on you just taking  one more look, knowing that one more look is the hook that gives them the income from their “investments” that will keep one handing over dollars to feed a growing addiction.

Whether it’s smoking, pornography, prostitution or drugs; most people don’t think they will get addicted when they try it just once.

Yet, it’s the same neurological pathways through our brain that gets and keep us addicted, as we go after instant gratification or our ‘fix’ until we end up with a physical dependence on the given substance that dictates when we need our fix. It’s a slow, unnoticeable slide that lands us under the control of the supplier.

Recently, there has been a discovery (by Professor Paul J. Kenny and student Paul Johnson testing rat’s patterns of addiction) of what causes an addiction and is related to the sensitivity of dopamine receptors. Dopamine is released by pleasurable experiences such as sex, food and narcotics.

The over stimulation causes the body to adapt by decreasing dopamine receptor activity and as a result, there is a progressively worsening “reward response” or uptake of the pleasure-giving chemical in the brain cells. What they found in cocaine users was that they needed more and more stimulation from the drug to avoid entering into a persistent state of negative reward – in other words, they quickly go on the slippery slope from casual to compulsive drug-taking.

“It presents the most thorough and compelling evidence that drug addiction andobesity are based on the same underlying neurobiological mechanisms,” added Kenny,explaining that:

“If 15 percent of the roughly 150 million people on these networks are willing to pay for the content, that’s 20 million customers,” Hunter said. “It’s foolish of any business to deny themselves the opportunity to make that sale.” Exploit Systems CEO Scott Hunter

Who pays the highest price?

1. The child: The child pays the highest price from the moment they are taken or sold or coerced into the industry. They lose their childhood, family, and their humanity. They are dehumanised and degraded beyond cruelty and many never come back from it.

2. The “John”: “John” pays a high price also, (when they are caught) with his self-respect, money, relationships and jobs. This addiction costs  them everything, once they are hooked.

Traffickers, Pimps, Pornographers and Paedophiles , make millions of dollars to ‘assist’ in meeting the perverted sexual needs of the one that took just ONE LOOK in a moment of weakness. 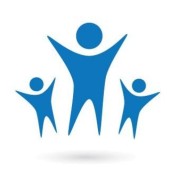