How many times have you heard the phrase, “I can’t do yoga because (insert denigrating phrase about one’s body here)”? My belly is too big, my muscles are too tight, I’m not strong enough… the list goes on and on. Who ever decided you have to be strong, fit, or flexible to do yoga anyway? And what cultural forces are shaping society’s conception of the appropriate yoga body?

Recently, a fun blog we follow called Sociological Images featured an amazing set of photographs depicting olympic athletes from dozens of different sports. The pictures, part of a set by Howard Schartz and Beverly Ornstein titled “The Athlete”, show an astonishingly diverse array of bodies and challenge familiar notions of what it looks like to be “fit”, “healthy”, “strong”, etc. There’s been an explosion of commentary in the yoga blogosphere as of late about yoga bodies— Slim, Calm, Sexy Yoga, A Plea from Curvy Yogis, Judith Laster’s Shellacking of Naked Bodies in YJ, and the new Yoga Journal Talent Search. With the emphasis on asana practice in modern culture, it seems that Western conceptions of what a healthy body looks like have snuck their way into the yoga room as well… 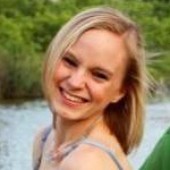