We have learned many lessons these past few years about human trafficking, the buying and selling of human beings. We have learned of the atrocities, the sadism and cruelty. Yes some culprits have been tracked down and arrested. We know organized crime is thriving with the increase in human sales. But do we know who is behind these acts of personal human terrorism? Who inspires this aberration and feeds flame to the fires. Who has sapped the spirit from humanity making it “okay” to traffic in human flesh. This is not a “one-off” or a hit and miss campaign. This is an organized, deliberate intention to enslave mankind at many levels.

We have learned through recent revelations that German psychiatrists were behind Hitler, they created the hate and created the campaign for extermination.

65 years after the end of the Third Reich, the German association of psychiatrists faces up to its dark history—at last. Only today it offers an apology for its crimes committed during the period of the National Socialism.

Only now the German association of psychiatrists officially faces up to its gruesome crimes during the period of the Third Reich. In a commemoration for the victims and the expelled Jewish doctors, president Frank Schneider offers an apology for the atrocities committed.

Is it too far fetched to assume that those who created the greatest crimes against man are continuing their quest? There is a book you should read called The Men Behind Hitler.

It is time we looked at the true culprits to the degradation. 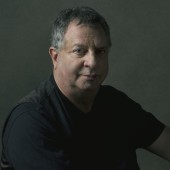 Jaffe is an internationally known and an award winning writer, author and poet. Whether he is writing on technical subjects or social issues, he clearly writes from the heart with great clarity and understanding. Jaffe impacts audiences and readers with a rich emotional range, masterfully crafted. He has been the editor of SunbeltSecurityNews since 2005. As a writer, he specializes in making technical subjects straightforward and understandable. He has a flair for translating engineering talk into easy to understand every day English. Poetically, he has read his work in such distinguished locations as the Japanese American Museum, the Hammer Museum, the Museum of Tolerance, the Jewish Museum and the Museum of Literature in Prague and the Dylan Thomas Centre in Wales. He uses the uses the aesthetic power of poetry to bring understanding to the world. To reward this commitment was recently appointed Poet Laureate for Youth for Human Rights. He was the recent recipient of the Saint Hill Art Festival’s Lifetime of Creativity Award, the first time given to a poet.