9 Branding Traps We Get Caught In In 1954, a unique being came into this world and the branding began. The baby was a girl, the first child of first-generation Canadians, granddaughter of refugees. Her Mennonite parents spoke German and ran a fruit farm. The nurses put a pretty pink bow in her fiery red hair and delivered her back to her mom. Five siblings would follow and she would grow up to become a nurse like her mom. Although I’m still a red-headed female, the attributes that labeled me then are very different from the brand I’ve become.

Branding is essentially a marketing term used to categorize us and convey a specific message. It’s not who we are. It’s the perception of who we are and like beauty, it’s in the eyes of the beholder. As a child, my dad told me Del Monte meant “kill the farmer.” Obviously he was feeling squeezed by a giant food producer and that has stuck with me to this day.

It’s the tangible way we reflect personal philosophies and personalities. It reflects our values, perspectives and interests. Not only do we run impressions of people and things through our own filter and assign them a brand, we also label ourselves based on those that have been assigned to us. We immediately form opinions of the motorcycle – and its rider – based on whether it’s a BMW, Yamaha, Honda, Harley-Davidson or Ducati.

Just like preconceived notions can lead us to misjudge the appropriateness of a motorcycle, so too can we misjudge others. These elements on which a motorcycle brand is created, can become judgment traps.

Our brand is one of our most valuable assets and we control it. It’s something we create to express who we are, not something we are pigeonholed into because of an arbitrary label.

Liz Jansen creates events, retreats and workshops, focused on personal growth, leadership and adventure – and motorcycles are often included. She has appeared on TV and radio shows and written for numerous print and online publications, including her own website. Follow her on Twitter or Facebook. Print or kindle copies of Women, Motorcycles and the Road to Empowerment can be purchased on Amazon. 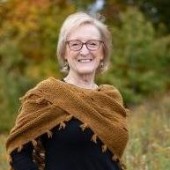 Liz Jansen was born and raised in St.Catharines, Ontario. The eldest of six, she was introduced to motorcycling at age sixteen when her younger brothers paid eight-five dollars for a used Honda 50 step-through to get around the family farm. Little did she know her relationship with riding and personal power had begun and would be inextricably intertwined throughout her life. After leaving a career in Corporate Human Resources in 2003, she founded Trillium Motorcycle Tours & Events, to create the environment for others to discover their personal power and grow. Since then, her business has expanded to include workshops, retreats and speaking engagements. Her writing has been published nationally in magazines, newspapers and ezines.