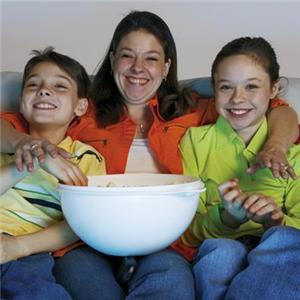 Since you didn’t want to part with $13.00+ on going to the movies, you can now see movies that your friends talked about ad nauseam months ago.  Feeling kind of isolated and lonely right now, aren’t you? You have no one to blame but yourself. So the Film Fatales are here to help you decided which movies to rent now. We spent the money so you didn’t have to. Seems a tad unfair to us. Where’s the agent that we need right about now?

The family patriarch struggles to keep his life together after his wife’s life-threatening accident. Suddenly, the “back-up” parent needs to shift gears to become the father – and man – he never thought he could be.

Nicole: Does THE DESCENDANTS deserve all the critical adulation and award nominations it’s been garnering? In some ways I think Payne is a critics’ darling. Let’s face it, he hasn’t made a single flop. So, does that give him an upper hand? Sure. But I do think he coaxed out of Clooney a deservedly award-winning performance. Not so much in the lines he spoke, but in his silent reactions to his unraveling life.

elizabeth: I personally could not fathom anyone ever cheating on George Clooney. But when I saw him in those dad jeans, all bets were off. Then I realized that this actor had left all his charm and likability in the dressing room and became Matt King who suffered much by not being present in his own life. So it would make sense that everything around him would start to implode. And it does. Director Alexander Payne’s selection of actors was brilliant, and I think he waited until each one showed up to auction.

The Film Fatales’ verdict: Rent it. Buy it. Borrow it. Steal it.

In 1960s Mississippi, a young journalist (Emma Stone) decides to write a book about the black maids who have spent their lives taking care of white children. As the best friend of one of the employers (Bryce Dallas Howard), she faces the risk of being shunned by her society friends–all of whom have servants—when she gathers the courage to participate in a secret literary project. (Adapted from the Kathryn Stockett novel.)

elizabeth: I read Kathryn Sockett’s THE HELP a few weeks before the movie came out. I am always curious to see if a film can live up to the book or surpass it. Ms. Stockett’s novel is such a compelling read about America’s unjust and immoral treatment toward a lot of its citizens. We need to revisit it and feel our shame boil up again. THE HELP needed to be written and needed to be made into a movie.

Nicole: I so need Minny’s recipe for Chocolate Cream Pie – there’s quite a few people I’d love to serve a slice or two to.

For me, Octavia Spencer steals the whole movie. As great as Emma, Viola, Jessica and Bryce (the woman you love to hate and hate some more) were – no one can match Octavia’s charisma. From the second she appears on screen, you know you’re going to witness a very special performance. And that’s why she’s been winning every award including the Oscar.

The Film Fatales’ verdict: One of 2012’s best movies. So you should do what…?

A fisheries expert is approached by a consultant to help realize a Sheikh’s vision of bringing the sport of fly-fishing to the desert and embarks on an upstream journey of faith and fish to prove the impossible possible. [imdb]

elizabeth: Sheikh Muhammed wants to bring salmon fishing to his country as a way to symbolize harmony between the East and the West. Brilliant idea. So when things get tough, you go fishing together. It could almost work. Plus he was so easy on the eyes.

The Film Fatales’ verdict: Rent it now. You will thank us later.

The Film Fatales’ verdict: it is a great way to escape from the world for a little bit.

A male stripper teaches a younger performer how to party, pick up women, and make easy money. [IMBD.]

The Film Fatales’ verdict: Ick. Not the three letter word you thought we were going to use.

elizabeth: While I was planning on hating this movie with every cell in my body, I didn’t. I am feeling slightly humiliated when I say the following, “I laughed my ass off during the 85 minutes Will Ferrell and Zach Galifianakis  were on the screen. And the supporting cast made this vulgar, inane, dumb-ass movie even funnier.” Forgive me, mother.

The Film Fatales’ verdict: Rent it and just watch it once. This way you can look at yourself in the mirror tomorrow.