This afternoon my hands shook as I tried to keep the camera steady while standing in front of the 1960’s style bungalow childhood home where I grew up in Chicago.The photo on the left was the gangway I walked every morning leaving for school and then when I would return home. After school that gangway was always filled with high emotions, my brother and I never really knew what to expect once we arrived in front of our house.

We would be taught, in fire drill style, how to call out to our mother, before we entered the home. Unless she personally opened the back door or said “okay” we could not enter. Instead, our instruction was to run to the furthest house on the block and call the police. For the majority of my growing up years, this house was a crime scene.

Everyone believed by the appearance in the neighborhood that it was just a house on a quiet street in a “good, no crime, community.” We appeared no different than the other families on the block, and like every other street in the neighborhood, we were considered a safer place to live only because my father was a Chicago Police detective.

I always thought that if people only knew what really went on behind that front door, they would somehow pull us out and take us away to a safe place to live. As a child, no one ever believed me when I would say “my father beats my mother.” One time I was suspended from school for writing a poem that went something like this:

This man who drinks and carries a gun

each night he’d come home we’d have no fun,

that bottle, that gun, no place to run.

My father, like most abusers, was a clever manipulator. To the outside world he was a loving husband and father who also happened to be a cop by profession.

On January 19, 1989, the quiet house on Highland street would turn into a gruesome and bloody crime scene. My father would make good on his life long promise to kill my mother before turning the gun on himself.

Today, because of their deaths, many victims and their children are alive. You see, this place that I called home would be the training ground in which lives would be saved. Taking 18 years of crime scene experience, learning from a veteran victim, my mother, and a serial abuser who happened to be licensed to carry a badge and a gun, my father, would forever change how the world dealt with intimate partner homicide and violence.

There are far too many homes across the country in quiet little neighborhoods just like mine where violence is silenced behind closed doors. We still do not treat intimate partner violence and stalking as a crime. The house on Highland should be a wake up call to us all, that not much has changed since the laws were passed. And those laws were put in place because of the bloodshed. They were not signed by Governors across the country with a pen of ink, but blood from those slaughtered and erased by those who professed to love them.

You want change? Then everyone must be willing to give this issue more then lip service. If you know someone in an abusive relationship, if you are a lawyer practicing in family court, if it is happening to you, a plan of action is your key to safety. The book Time’s Up is based on women, like my mom, who were silenced in the prime of their lives. This is your prescription to safety. Below is a sample of the video you need to prepare, if you do nothing else, the abuse affidavit and video will go a long way,if something happens.

Looking back, I don’t think my mother ever really believed my father would actually follow through and kill. But he did. Most women that I assist and keep alive, never want to believe the person with whom they enter a relationship could be capable of killing.

Don’t take the chance!
Once you are threatened, hit, stalked, questioned in a controlling way, a second chance to save your life, is no longer an option.

“If you are reading this and find yourself in a similar situation, know that there are measures you must take before announcing the end of your relationship. These safety precautions can be found in the book, “Time’s Up: A Guide on How to Leave an Abusive and Stalking Relationship” by Susan Murphy Milano. Don’t take things into your own hands without expert guidance.” (Mothers Are Vanishing)

I cannot stress enough, if you are in a relationship that has a history of violence, simply mustering up the courage to confront the person and say it is over, without the proper tools, can cost you your life!

One of the major reasons women stay in abusive relationships is fear. They are afraid of what will happen to them and their children if they leave. Sadly, their fears are often justified; statistics show that a woman is at the greatest risk for injury when she announces her plans or leaves an abusive relationship.
The book “Time’s Up A Guide on How To Survive and Abusive and Stalking Relationship” is the prescription, if you will, that every person must obtain before they announce they are leaving. Below is an example from Chapter 4, one of many unique tools provided in the book. It is available on Amazon.com, or you can purchase via e-book or on a cd. If you have questions, the email address is: [email protected]

Before you decide that you have had enough and are ending the relationship create for yourself the “Evidentiary Abuse Affidavit” and video (shown below).

If you do nothing else, please take one important step that if something does happen to you, if you do vanish like Stacy Peterson, Vensus Stewart, Rachel Anderson, Susan Powell, Lisa Stebic, or are found murdered like Monica Beresford-Redmond, Franki Jacobson, Renee Pagel, Summer Inman, Kelly Rothwell and others where the person responsible has gotten away with murder that your voice and record of the abuse will be captured and recorded. Do it for you friends, family and loved ones. Do it for your children. Do it for you! 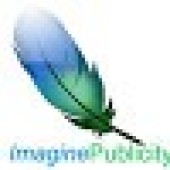 Known as the “Jane Wayne of Justice,” Susan Murphy Milano always stands up as a voice for those who are silenced in a world of intimidation and violence within their homes and in courtrooms across the country. Family and domestic violence was put on the plate of Susan Murphy-Milano the day she was born. She didn’t ask for it, it asked for her, perhaps knowing that somewhere in her soul was something that could make a difference in the way that cases of domestic violence were handled. Living and breathing it daily in her home growing up, she survived for a reason, and that reason is to help the helpless, to guide those who are living in violent chaos and having a hard time making sense of their own lives. She has been doing it for more than 20 years.