I am a new member here, so let me introduce myself. I’m Lisa DeSherlia, and, first of all, I consider myself as a Christian and a person of faith, meaning that I have a relationship with God through His Son, Christ. I’m a wife and a mom. I’m an advocate for just about any kind of human rights; because of personal experience, I zero in on autism, bullying, epilepsy, disabilities, and any kind of injustice that touches me. I grew up in the 1960s and the 1970s, well before the time when there was any awareness about autism spectrum disorders (ASDs). When I was born, my challenges were apparent. My mom was a good mom, but she was very you, uneducated and her “shotgun” marriage to my biological father lasted for only one year. Mom began taking me to professionals because I was clearly “different” from other babies. One doctor told her, “Put her in an institution because she will never be able to function in normal society.” Mom, bless her! ignored this advice. She took me to more professionals; I was diagnosed with “obsessive-compulsive neurosis” and with “autistic tendencies.” Adults would get frustrated by my behavior and tended to heap on me emotional abuse throughout much of my childhood and teen years. Whether to me or about me, they would say things like, “She is spoiled, a problem child,” “She needs a good whipping,” “She will not amount to anything,” “She does not want to learn,” and more.  Early in life, I was diagnosed with “mild cerebral palsy” and later with “epilepsy.” Back in those days, we did not talk about these issues as we, thankfully, do today. I spent my school years in and out (mostly in) special education and in a couple of residential placements. Because of my abnormally withdrawn behavior, I was labeled “emotionally-disturbed,” and, later, “behaviorally-disordered.” This was the typical lot of those of us who grew up before the DSM-4 of the ASDs existed and whose differences fell under the unbrella of ASDs. I experienced much bullying as a child; one year this bullying got so relentless that, the following year, I found that I was back in special education. I would remain in special classes for the rest of my school years. In my later teens, I was placed on psychiatric drugs and these caused terrible side effects, including a drastic personality change where I said and did things, during this period, which I cringe to even allow to come to mind now. I grew up with feelings of shame, guilt, frustration, anxiety (especially social), confusion, and futility. I grew up internalizing the idea that I was bad, crazy, stupid, and “having something wrong with me” but never knowing what it was. I entered adulthood with these feelings and they remained even as I married, entered college as an adult, and gave birth. When my daughter was diagnosed with an ASD, family members and others who knew me well suggested (but not to me) that an undiagnosed ASD can explain my entire life. While I currently cannot find a qualified AND affordable professional to confirm this, I’m forever grateful that my beautiful, precious daughter will not have to grow up as earlier generations, and I, her mom, have had to grow up with unmet needs because of the lack of awareness about autism and other disabilities and issues that we have today. My daughter is doing very well and we are very proud of her. She is lovely, happy, smart, fun, good in her studies and especially in math and loves to sing. God is good! 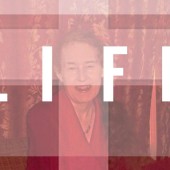