Listening to Your Teen 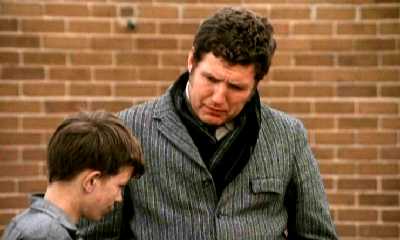 In my talks with teens, I have learned one valuable lesson. Teens are smart and savvy. They know more than most adults give them credit for. They just might not know how to convey it. Yes, most adults know more about life and have much more experience than a teen. That goes without saying. But, teens see and know lots of things that adults seem to forget or don’t give them credit for. We all tend to hear what we want to hear. That is a fact of life. We will make what we hear fit or reinforce our opinions and ideas. This fact, however, keeps us from really hearing what someone else is saying.

Let me give you an example. Consider this 15 year old girl. She is a straight A student, friendly, has a boyfriend, kind, and funny. She has a good relationship with her parents and strong friendships with her peers. Her grandmother asks her to watch a video on the homeless. She agrees to watch it. During the show, their family pet starts to paw the girl. The pet whines and paws because he is hungry. So the 15 year old gets up to grab a treat for the pet out of the kitchen. The girl can still hear the TV and knows what is going on. She was only gone for a few moments and the grandmother tells her to pause the show. The girl does not pause the show. She comes back and tells her grandmother that she could hear the show the entire time and didn’t see the point of rewinding what she already heard. The grandmother gets agitated and asks the girl why she doesn’t care about the homeless. The girl says that she heard what the show was saying and then said why does it matter? The grandmother gets mad, storms off to her room and shuts the door. She won’t talk to the girl for a few hours.

What did you think? Did you side with the grandmother? Was the girl not giving the proper attention to the homeless video? Did she actually say that the homeless don’t matter? Did the girl’s attitude show a lack of care for the homeless and more self-motivation?

Did you side with the girl? Did she truly hear the show and understand? When she said it didn’t matter, did it mean that rewinding didn’t matter because she had heard what they said-not that the homeless didn’t matter? Did the girl give the proper emphasis to the video?

I do think that the girl watched the video and was listening to it as she went into the kitchen. I also think that she wasn’t really and truly interested in watching the homeless video as she knew what homelessness was and what it means. Maybe not in the most adult version of it-bills, mortgage, taxes, etc but in not having a home. I think the grandmother heard her say that homeless people don’t matter and the girl meant that rewinding didn’t matter since she heard what the video said. I believe that the grandmother thinks that teens don’t care about world and societal issues. Yes, there is a different level of understanding between and adult and a teen but that doesn’t mean that they don’t understand issues on a specific level.

So what does all of this mean? Listen; really actively listen to your teen. They are saying something important, just maybe not in a way you understand. Listen through their ears not your own. Doing that will help bridge the gap between teens, adults, and understanding what they need, mean, and see for their future and future relationships.

Q&A: What are the Signs My Teen is in Danger?

Q&A My Neighbors are Fighting, What Should I Do?