Lost in Translation: Talking to Your Teens 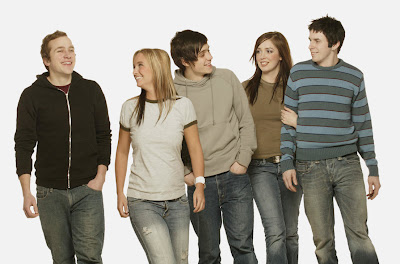 This is a common conversation heard around the country.  It could be related to earning and F on a math test, not doing their chores, getting caught drinking or doing drugs, or about a really high cell phone bill.  Even still, it could be what a parent is thinking about their child’s behavior and actions and the hopeless answers they keep getting from their teen.

Some parents just can’t decipher teen-speak.  So they assume that their child understood what they said and hope for the best because they really want to trust their child would tell them is something was really wrong.

Having been a teen (pretty recently), keeping immersed in the teen culture, and talking with teens on a regular basis, I have learned something I feel is very valuable.  “I don’t know” doesn’t mean they don’t really know.  It means that they have a lot of thoughts swirling around in their heads, things they want to say but don’t really know how to articulate properly, they don’t want to sound stupid, get in trouble, and/or don’t think their parents would understand what they are going through.  “I don’t know” is the safe and easy answer.

Adults have a tendency to think that the “real world” is after school or college when one finally enters the workforce.  It is when someone has a mortgage, rent, jobs, and an adult relationship. There is a tendency to think (or hope) that the romantic relationships their teens are having in junior high and high school are cute and innocent puppy love type romances.  It is about passing notes, saying I love you, holding hands, and making out at the movies.

As a speaker/educator about Teen Dating Violence, I am always in junior high and high schools speaking to teens.  I also have the opportunity to participate in teen youth fairs, YMCA community events, National Night Outs, and other awareness events.  The kids in attendance are, on average, 9 and 10 or older. More often than not my booth is met with opposition or at least rejection.  Here are just a few of the things that I hear on a regular basis.

“I don’t have to worry about that for years yet.”

“Nothing like that would ever happen to my kid.”

“Don’t you think you’re presenting this stuff to kids that are too young?”

If they don’t talk to me, the parents’ body language says it all.  They read the banner, grab their kids’ hands, and hurry them past my booth.

Don’t get me wrong, my booth isn’t the most fun topic but I do put coloring pages out that say “Hands Are Not for Hitting,” candy is strewn everywhere, and have cool prizes for those that do come and talk with me.  Still, I see denial of Teen Dating Violence and its existence in their kids’ lives in 9 out of 10 faces.

You must be wondering what my point is.

First, About 45% of girls know a friend or peer who has been pressured into either intercourse or oral sex. (Liz Claiborne Inc., Conducted by Teenage Research Unlimited-February 2005).

Second, About 57% of teens know someone who has been physically, sexually, or verbally abusive in a dating relationship. (Liz Claiborne Inc., Conducted by Teenage Unlimited).

If your kids are living it, then it is the “Real World.” They are experiencing it and for better or worse they are making very adult choices.  More so, these choices are being made at a very early age.  Teens and tweens are learning from the examples set in front of them.  They learn about relationships from their peers, from the media, from their parents, from 90210, Gossip Girl, Teen Mom, and other reality shows.  Teens and tweens are entering into dating relationships as early as 6th grade.  If they aren’t getting positive guidance from home where are they getting it?  And is it good advice?

Don’t take “I don’t know” for an answer.  Watch their behaviors and be involved in what your teens and tweens are doing.  Be a resource for guidance without lecturing.  Don’t be afraid to discipline your teen or tween but know when listening and guiding is more appropriate than grounding and punishment.  Your child could be acting out to get your attention, to show you what’s wrong because they don’t know how to tell you.

It is my goal to help end Teen Dating Violence with prevention rather than reaction.  It is much safer to have your child know what is wrong and right in a relationship and end it before it gets really bad rather than to hear they are in the ER or dead because they (and you) just didn’t know what to look for