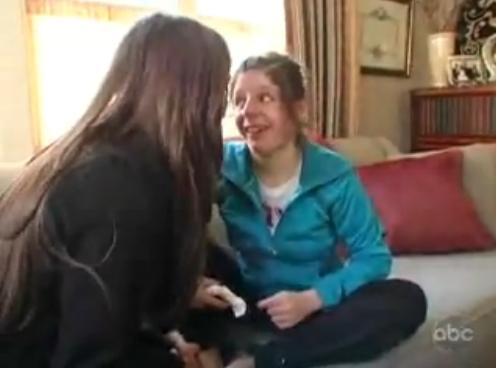 Are you actually using your voice?

If there is one thing that the internet has an abundance of, it is uplifting or inspiring videos. Every day I see one of my friends post a YouTube link on Facebook that falls into that category. Whether they are poems and music with moving phrases or clips of adorable kitty-cats, these videos are constantly being circulated. From time to time, however, I find one that literally changes me. Inspiration in the best sense of the word, this is the kind of video that makes you want to take action. Recently, my friend Maeve posted the following link to a story about a young autistic girl’s struggle with autism. It led me to realize how much I take language for granted.

This video was not only illuminating, but also shaming. Although I harbor no dark feelings towards anyone battling a personal handicap, I realized that there were major flaws in what I had believed to be facts about people with autism. Carly’s father states, when they discovered how intelligent she was, he was thrilled, but “also horrified, because for years we had spoken in front of her as if she wasn’t there”. Sadly, this lack of communicative skills lead to the misconception that Carly was unintelligent. This made me wonder how many other people are trapped in their bodies with no form of communication. For some this could be Autism, like Carly, for others it could be a debilitating stroke, a coma, or Alzheimer’s. Autism specifically is like a spectrum with different levels of severity. This makes it difficult to tell if what helps one person will help another. Ultimately, however, it would be nice if there was more awareness and research as to what people who suffer from these kinds of illnesses are capable of. They deserve to be treated with dignity and challenged to an appropriate level to succeed.

My husband and I once had the typical discussion of “If you were a superhero” or “If you had a wish from a genie” what would be the power you desired most? (This normally happens about 6-hours into a road trip when the iPod has died and we are at a loss for more productive things to talk about) Dennis’ answer was “I would like to be able to speak and read fluently in every language ever created”. At the time, I picked on him a little, since his response was not something you would typically think of as a superpower. After a while I realized the genius of it though.

Carly learned that “by communicating, she had power over her environment”. Imagine if that power was widespread, if you never experienced a language barrier.  There is so much that could be achieved. Things that are lost in translation become clear—this would make international negotiation and aid so much easier, we would finally know for a fact what civilizations before us were writing about, and someone might finally explain to Canadians that servers in the U.S. depend on tips for survival. (Sorry… I know that is not all Canadians, but it is an issue here in Myrtle Beach.) Overall, Dennis didn’t wish for something wasteful like winning the lottery or x-ray vision; he wanted knowledge. He wanted a skill he could control, use to provide for himself, and still be able to help others.

This is why I ask the question, “Are you actually using your voice?” Not just for the things that are expected, like presidential voting or American Idol (just kidding), but about things that are important to you. The first step is education. If something affects you, whether it is negative or positive, learn about it and why it happened. If you want it to happen more or less, spread the work to your friends and family, talk to strangers in the grocery store or start a blog. First you have to learn the language, then use it to actually say something… not just the status update of “I hate speedbumps” (which I am guilty of). I may be an idealist, but I believe people inherently know what is right… maybe we have just gotten a little lazy and forgotten how to use our voice?

Please take a look at the following links, I found them rewarding:

You can learn more about autism HERE