Real Domestic Violence on The Real Housewives of Beverly Hills 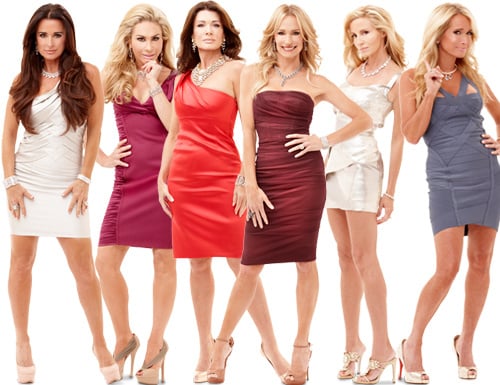 I would like to take a moment to talk about the ongoing “plot line” of the RHOBH.  In this particular franchise, Taylor is being abused by her now late husband, Russell.  She apparently has told other members of the cast that there is abuse taking place.  On one episode, the women confront Taylor-unexpectedly, at a tea party at one of the other cast members, Lisa’s home.

It became clear that at one time or another, each of the other cast members have heard from Taylor, herself speaking about the domestic violence that she is experiencing.  The violence ranged from insults to broken jaws and reports of being hit by Russell.  There are two things that I would like to point out regarding this episode.

First, victims have a hard time reaching out.  Sometimes all they can do to get by, especially if kids are involved is to talk to someone with an empathic ear.  Taylor does have a five year old daughter, Kennedy.  Taylor was not ready to leave, find her voice, or change her situation.  While she was seeking therapy, unless you are in the shoes of a victim, you cannot begin to understand that mental and physical toll that Domestic Violence takes on the victim.  But you can listen and you can believe-no matter what.  More on that in a second.

Second, from the other cast members’ point of view, they hear about the abuse and because they care about their friend, want her to leave Russell and get help. (Russell committed suicide by hanging himself prior to this season airing)  They also, after hearing such horrible stories about Taylor’s abuse cannot understand that she looks fine and happy and in love when she is with Russell.  I can sympathize with their frustration but they are missing a key piece of information.  Abusers are very talented at making the good times great and the bad times so so horrible.  Taylor loved Russell and wanted to save her marriage for hers and Kennedy’s sake.  There is always that hope, in a victim’s mind that the situation will get better if they just try hard enough.  The other cast mates didn’t know this.  Instead, based upon their justified frustration, they wonder if what Taylor is saying is true when she vacillates from happy to sad, daily.  They confront Taylor and then she feels attacked by what she thought was her only support system.  Her cast mates care about her but they approached the situation in a less that helpful way.

I do think that it was right for one of the cast mates to confront the issue, just not how it was done because Taylor was right, that puts her and her daughter in jeopardy.   I believe whole-heartedly that light needs to be shed on Domestic Violence.  Its success as a life-destroyer depends on the darkness, secrets, and shame.

So what do I think?

Bravo TV is obligated to send the entire cast mates of The Real Housewives of Beverly Hills (and all the other Housewives from other states) to a Domestic Violence Training Workshop.  They need to learn to recognize the signs of Domestic Violence, understand the dynamic of an abusive relationship, and know what they can do to help a victim while keeping themselves healthy and without further endangering the victim.   If Bravo TV is going to publicize and record this type of serious issue to the world, then they are obligated to educate their cast and their viewers.  This situation was handled so poorly on that episode.  It would have and could have been so powerful and positive with a little more education and a little less sensationalism.