If you’re going to get involved in Yoga, you’re going to have to do it right. Don’t lose sight of the ultimate goal, which is altogether waiting before you, here now in the present where you show up entirely (without resistance based on fears), and a redefinition of your past which is shed like the skin of a snake. Today’s entry is a basic movement with breath that is also the foundation of the power within all subsequent movements that build upon that power. This is the energy that lies dormant in many of us, ready to be awoken and identified as a process of vibrational spiritual development. The simple yet profound visualization needed for this movement is a coiling, spiraling energy that moves, or rises, up the spine beginning at its base from both the left and right sides. With your breath, you access prana, the vital life-sustaining force in the body, entering a state of pranic awakening. Kundalini in meaning refers to exactly this coiling like a snake. To continue with stabilization training, Cobra pose activates the core with the intended purpose of strengthening this system. Keep in mind that core stabilization movements are less about sweeping action and more about sustained contractions of very specific muscles. These core muscles are the transverse abdominis, internal obliques, pelvic floor musculature, transverso spinalis, and multifidis. In stabilization exercises, there are other muscles that need to be activated to prepare for them, and this is done by drawing in the navel and activating the gluteals.

The Floor Prone Cobra, as it is called in ordinary gym-related workout terminology, has variations between exercise and yoga, and we will go over both just as we did with the Two-Leg Floor Bridge, or Two-Legged Table. For this exercise, instead of lying supine, you will lie prone on the floor with arms to the side of the body and palms facing toward the ground. Your arms are straight behind you, not bent in front of you.

Start by drawing in the navel, activating the gluteals, and pinching the shoulder blades together. Pinching the shoulder blades together can be done by lifting the straightened arms off the floor and imagining that the tops of your hands are moving toward each other in an effort to touch behind you. Lift the chest off the floor. Hold this position for 1 to 2 seconds. Slowly return the chest and arms to the ground. It is also important to note that keeping the chin tucked throughout this movement will help to keep the cervical spine stabilized.

The yoga pose is called Bhujangasana, or Cobra Pose. It is intended to work the spine, arms, and legs. This seemingly simple pose with little movement actually involves many complex actions which we can explain further in detail below for those interested in the muscular anatomy of what is happening. To combine the movement with the breath, lying prone with palms on the floor and under your shoulders, follow the previous instructions to begin while pushing up with the arms, but only in the slightest amount, allowing the muscles of the spine to do most of the work; inhale on the upward movement, filling the ribcage with a further expansion of the chest. Time the inhalation with the arc of the motion upward and release with an exhalation and come down. The intricate spinal movement starts at the cervical (head) and one vertebrae at a time comes up off the floor. The hips remain grounded and the belly can slightly rise off the floor. The exhale begins with the lumbar (base) region relaxing to the floor one vertebrae at a time until the chin or forehead comes to rest and there is no longer tension in the spine. The breathing pattern can be reversed if belly breathing restricts thoracic extension and rib cage expansion. Concentrate on the serpent energy moving up the spine from the top of the hips to the nostrils, and be the present force of your awakening. The entire spinal extensor group of muscles work concentrically to create spine extension. There is a synergistic action in the serratus posterior superior which overlays the erectors, assisting chest expansion. The rectus abdominis and obliques work eccentrically, preventing overmobilization of the lumbar spine. The arms are engaged through various muscles: the infraspinatus, teres minor, serratus anterior, posterior deltoids, triceps, pronator teres, and pronator quadratus. The legs are required through numerous actions to keep the joints in alignment: the hamstrings extend the hips and maintain adduction and internal rotation. External rotation of the legs is a movement that must be avoided, along with abduction. The muscles responsible for extending the hips are the adductor magnus and gluteus maximus while the knees are extended by the vastus lateralis, medialis, and intermedius.

To keep breathing uninhibited, focus must be on the deep back muscles, the underlying core, instead of the larger and more superficial muscles that affect the scapulae and rib cage. Shoulders don’t elevate, but the spine is lifted. Elbows should not flare out and forearms should stay parallel with each other with the push of the arms.

Like Krishna dancing on the serpents’ heads to subdue them, so are you using your ego energy and then releasing it. By grasping your ego energy and releasing it you become the powerful enlightened manifestation of yourself that cannot be trapped or defeated. By awakening the serpent power within you, you free yourself from all suffering of this world and can take the first step of your journey in this life. 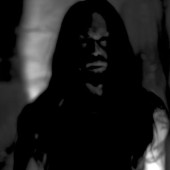 As I reach the close of a decade of experience through personal transformation that began with the physical and continues in all other areas, I am documenting my Metal Yoga Method for the benefit of all. The Metal Yoga Method is a program of elite fitness whose byproduct is realized spirituality, a natural consequence of being alive and well. The fitness results of the Metal Yoga Method depend solely on discipline and willpower to perform movements with the body while breathing properly. Proven exercise science techniques mirror the strength and stabilization exercises found in the Metal Yoga Method. Diet and nutrition are the prime focal points of this method, combined with physical exertion and relaxation that interweave the mind, the heart, and the body into a greater sense of living. Having been a guest and co-host on HWT as Metal Yoga on the Where Is My Guru? Show with Diane Ferraro and Jessica Durivage, I continue to share with this community my perspective which also happens to be the male perspective.